The beautiful quilts that appear below have all been made by the wonderful customers of Alice Caroline for our 2018 ‘Quilt SOS’ project.  These quilts were taken to Poland in November 2018 to the SOS Children’s Village at Krasnik when they were be given to the children that live there.  Thank you to everyone that has made a quilt – you are amazing!

Trip Around The World by Cynthia Cozens

Rows of Houses by Jane Rae

Under The Sea by Rose Anderson

Rainbow Quilt As You Go by Claire Creek

Lisa Perry's Second Quilt - One for the Boys 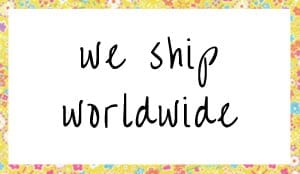 Answers to our most common queries are shown in our FAQs section>. If you can’t find what you are looking for and would like to get in touch, please:

Call (+44) (0)1386 725 000 – Due to the ongoing COVID-19 situation we are unable to guarantee to be able to answer the phone but will periodically check and respond to voicemails. Unfortunately we cannot currently host visits to our premises.

Continue Shopping →
Item added to cart.
0 items - £0.00
Checkout
This site uses cookies to improve your visit to this site. We take your privacy very seriously and treat it with utmost respect. Read our Privacy Policy.